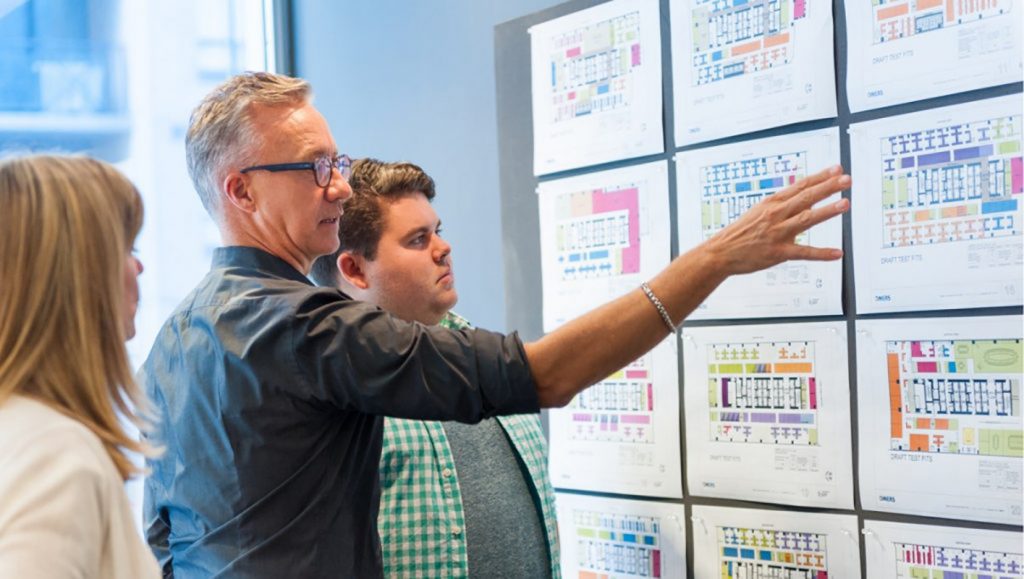 It happens every day in Toronto office design.

Whether it’s a call about a child at school, a highly sensitive email or a one-to-one conversation that demands focus and attention. Every workplace design demands quiet spaces for private conversations.

Far too frequently, those spaces end up being a stairwell, the building lobby or even the washroom.

In addition to being frustrating, the lack of private space can stifle engagement and productivity as employees struggle to find alternative spaces away from their open-plan workstations to collaborate as they need to or just take a quick personal call.

Take the growing enthusiasm for replacing private offices with open floor plans in order to encourage community and collaboration. More than a dozen studies have examined the behavioral effects of such redesigns; reported the Harvard Business Review.

There’s some evidence that removing physical barriers and bringing people closer to one another does promote casual interactions.

But there’s a roughly equal amount of evidence that because open spaces reduce privacy, they don’t foster informal exchanges and may actually inhibit them.

Some studies show that employees in open-plan spaces, knowing that they may be overheard or interrupted, have shorter and more-superficial discussions than they otherwise would.

It seems obvious but providing employees with the chance (and the choice) to alter their work environment by creating more privacy at their desk or providing alternate spaces to work creates the conditions for meaningful collaboration to flourish. 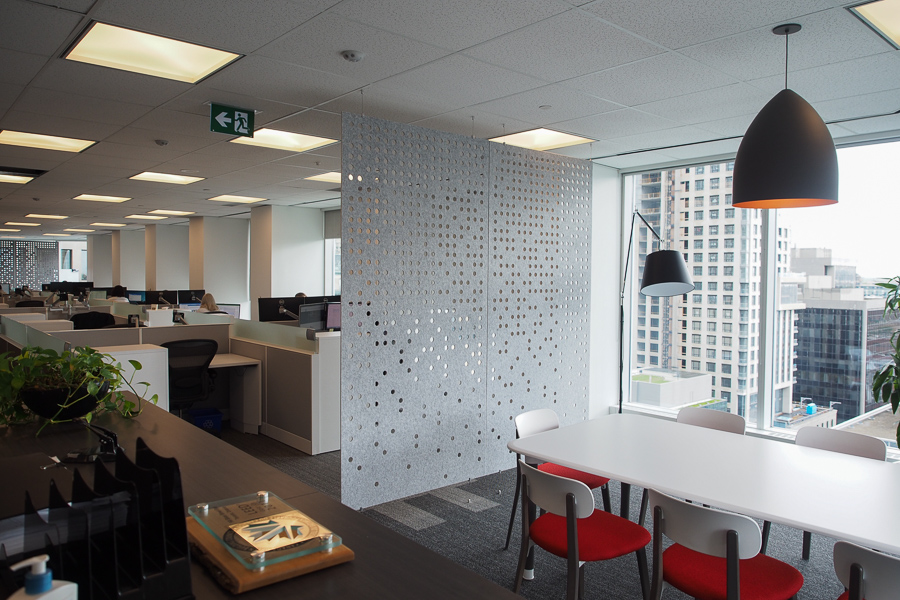 The optimal scenario for an engaged and productive workplace is to design an activity-based planning model.

The team at Colliers deal with highly confidential information daily but in their recent Toronto office design relocation, they still wanted to move to a greater ratio of open to closed spaces.

This simple measure of incorporating dense felt sound baffles between breakout spaces and workstations created both the auditory and visual privacy required by the organisation.

For Canada Goose, we heard the need for privacy in our early discovery sessions.

In their activity based plan, employees have the choice to work at individual desks, phone booths or huddle rooms depending on the task they’re completing. Most importantly, these spaces are clearly visible so their very presence signals they’re available to be used throughout the day.

Different workplace areas can have different rules too; for example, some companies prohibit phone use in certain quiet zones. And while many organizations design dining and lounge areas for engagement, they also have booths upholstered for sound dampening for private group discussion.

Given that most employees won’t travel much farther than 40 feet in their workplace, according to an MIT study, privacy areas like phone booths should be located on every floor – and these should be clearly signposted.

A poorly planned workplace, whether open, closed or somewhere in between will impact morale and performance.

When it comes to workplace planning the adage measure twice, cut once has never been truer.

Tamarisk works in conjunction with the firm’s leadership to develop and execute agile, integrated marketing and public relations strategies that enable business development across multiple practice areas and regions.