The definitive guide to opening up an office ceiling 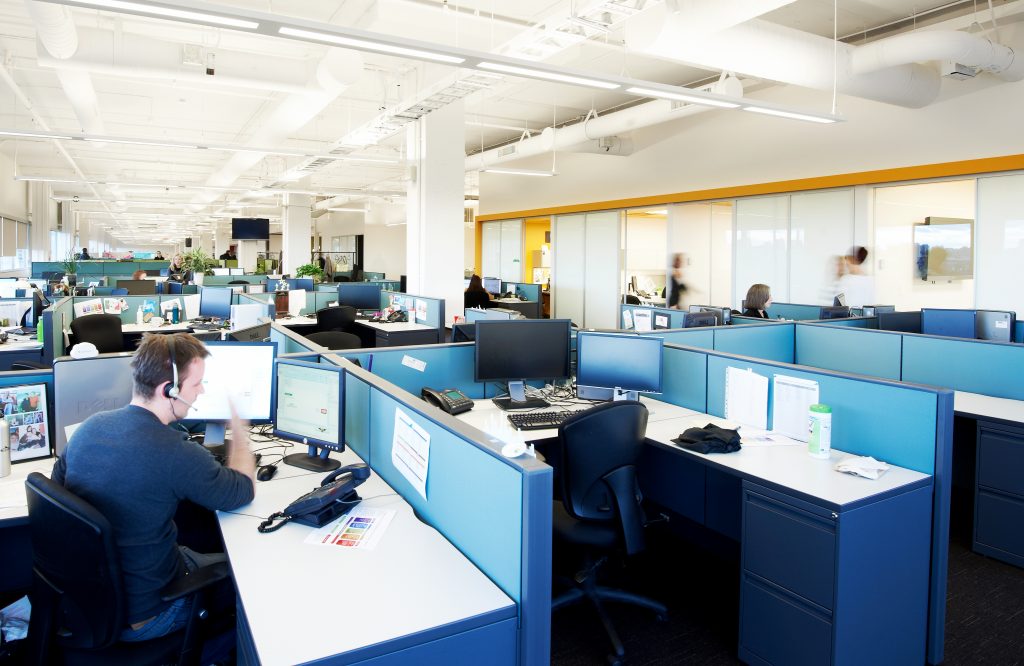 Opened up ceilings at Workopolis

So you want to open up that ceiling.

In Toronto office design, opening up the ceiling is all the rage these days, and I can completely understand why.

More and more businesses want the cool cache of a brick and beam building but their supply is severely constrained. Others want to emulate that look but want to be firmly in the downtown core with all the benefits that offers: being close to clients, transport, the PATH and so on.

Often the assumption is that opening up the ceiling is simple and straightforward. Surely all that’s required is ripping out that ceiling tile and then we’re off to the races!

That’s not all there is to it. Not by a long shot. Let’s clean up the assumptions about opening up a ceiling.

In effect, the space between the t-bar and the ceiling acts like one big air duct.

When the acoustic ceiling tiles and the t-bar are stripped out, what’s revealed is often a tangled mess of ugly, low-grade square ducting and chaotic snarls of cabling.

Our next step is to purposely layout and replace all the ducting to higher-grade spherical ductwork that looks cohesive, clean and sleek.

The diffusers are now also exposed. If they’re all different shapes and sizes, we need to replace them all to create a uniform and consistent look.

With all the electrical and communications cabling hidden above a t-bar ceiling, it’s laid out to get from point A to point B as efficiently as possible. But that’s usually not the most aesthetically pleasing way.

As with the HVAC system, once you’ve pulled away the ceiling tiles, what you’re faced with is the visual disarray of wires running all over the place. To deliver a clean, seamless look we create a plan to reroute all the electrical.

Then there are your communications cables. Because of their bright blue hue, we recommend running them inside a conduit to conceal them, otherwise, they end up becoming eye-catching in all the wrong ways.

Open ceiling design often introduces the requirement for ceiling-hung cable trays to manage the distribution and aesthetic of the communication design.

They may be all function and no form but ceiling tiles perform another important role – they help control noise transfer. Once removed, it becomes important to consider the impact that will have on the “sound signature” of the office.

This is where we as designers need to bring in additional experts in the form of architectural acoustic engineers.

Their role is to assess the space to ensure that the office doesn’t become a distracting cacophony of sound completely unconducive to productivity.

Based on their recommendations, next steps might include installing sound masking equipment and introducing dropped ceilings or other acoustic material in certain areas.

Once the T-bar grid comes away, a lighting plan will need to be addressed from scratch.

Already a costly line item for almost all projects, it now comes with a unique set of considerations.

Spaces are typically handed over to a new tenant with an intact t-bar system complete with an integrated base building lighting system. The moment the t-bar ceiling is removed, the cost of new lighting usually falls to the tenant. 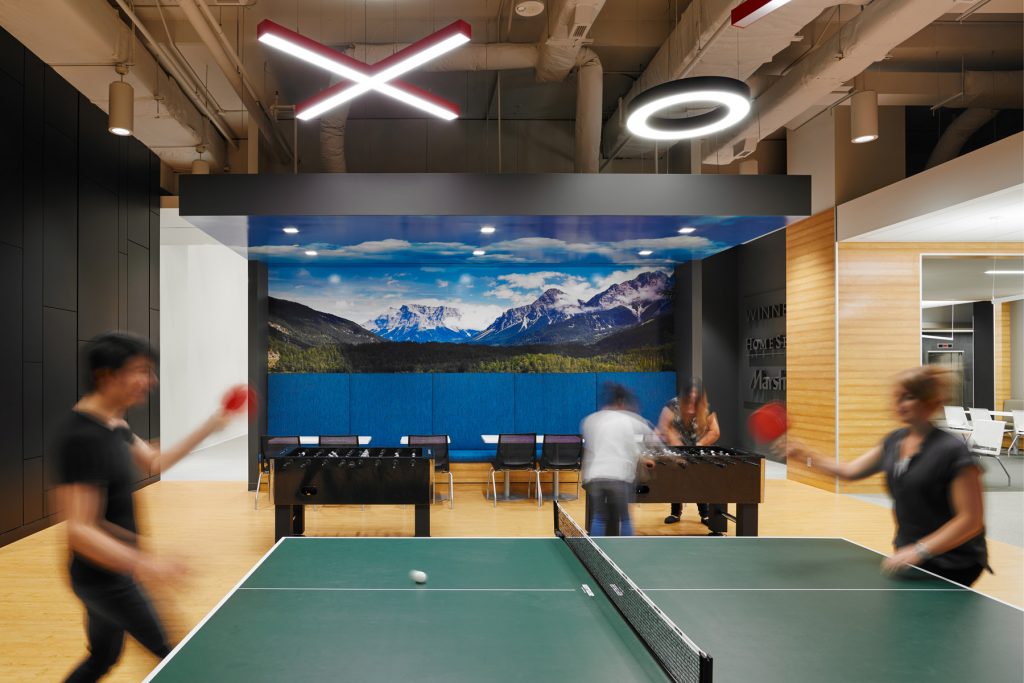 Typically not huge headache on the road to an open ceiling office but still something to be considered. It’s entirely possible that we need to re-distribute the sprinkler system, and we may need to introduce above and below sprinkler heads depending on whether or not there are larger suspended ceiling planes.

Depending on the state of the existing floor construction, it may be preferable to paint out the underside of the floor assembly to hide unsightly blemishes in the concrete, or even to obscure old electrical boxes or other items. The existing floor may also be covered in a fire retardant spray to maintain the required fire seperations. These sprays are typically unsightly and difficult.

Back to base (building requirement)

This hidden cost of opening up a ceiling is perhaps a Tenant’s least favourite.

It’s quite common for landlords to include a “back to base building” requirement in a lease. These requirements may obligate a Tenant to return the ceiling design back to the t-bar ceiling and lighting that was there when the space was delivered.

We absolutely love a well executed open ceiling. They lend a contemporary, less corporate look to an office environment. We just like to make sure our client approach these type of commitments with “eyes wide open”.

Tamarisk works in conjunction with the firm’s leadership to develop and execute agile, integrated marketing and public relations strategies that enable business development across multiple practice areas and regions.