Surrounded by natural landscape and extensive trails in the beautiful Town of Oakville, the design for Trailside is a marriage between modern and traditional, influenced by organic elements with references to an English estate set within a pastoral setting.

Luxury fashion, specifically the Ted Baker clothing brand known for a sophisticated and modern approach to combining strong patterns and prints, was also an inspiration in creating a design for elevated lifestyle. Working closely with the client and consultant team, Figure3 was involved in all phases of the project and influenced the initial programming and design of the building envelope. The rear porte cochere or “coach door” is reminiscent of European boutique hotels, with the exterior canopy recalling a theatre marquee; a modern take on a traditional building feature. 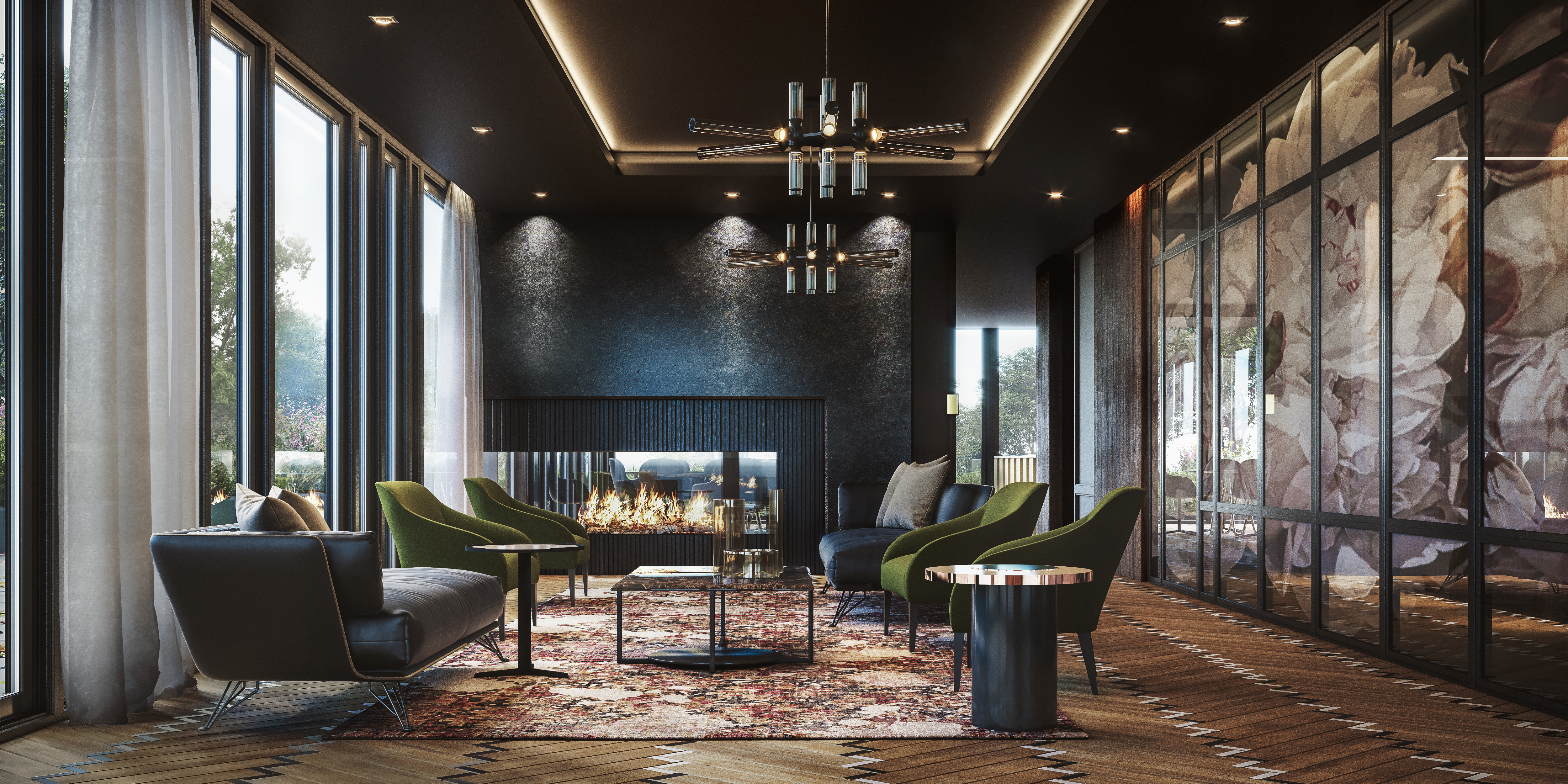 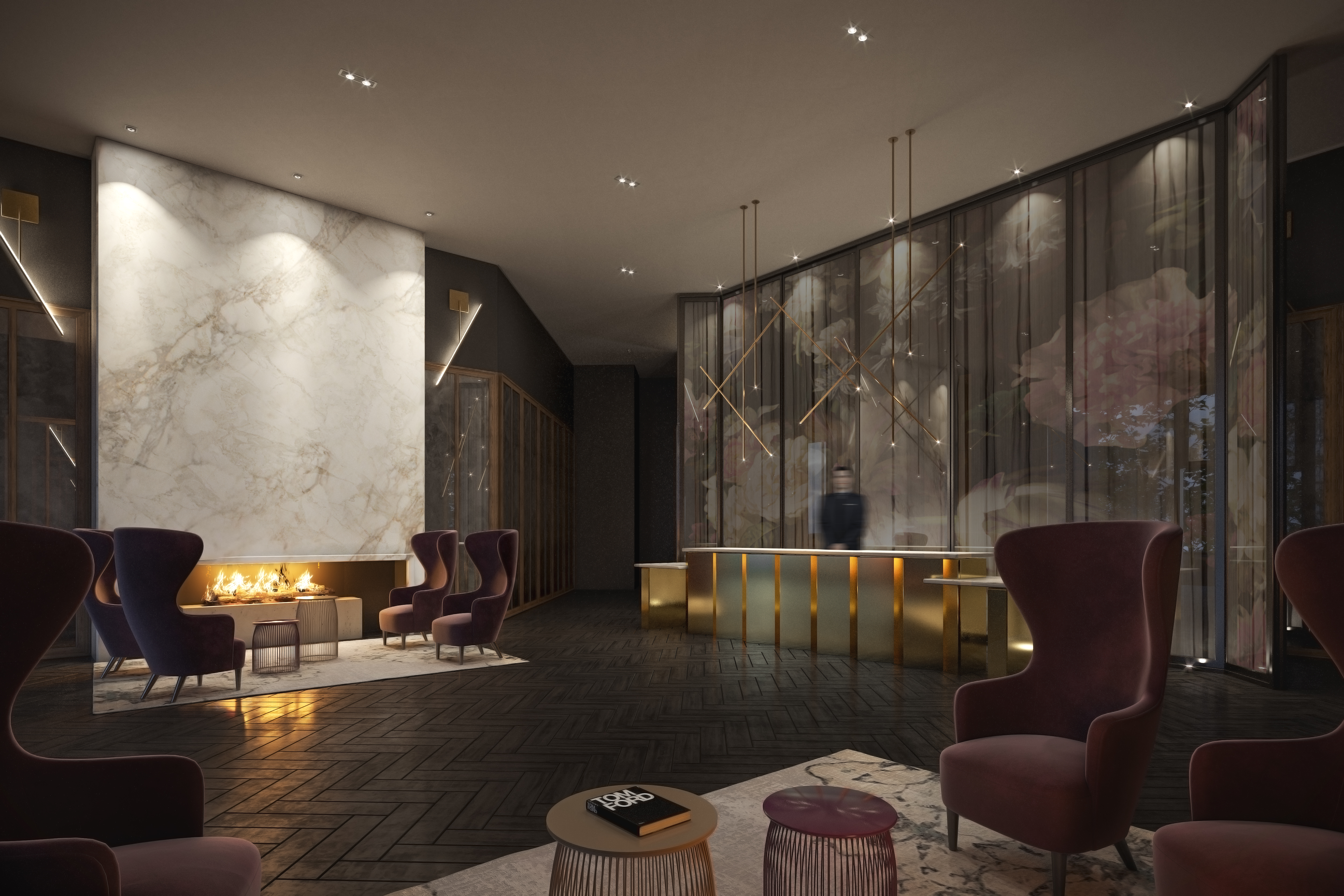 Residents will feel at home the moment they walk through the lobby door, an extension of their personal living space, with soft furnishings and areas that encourage social gathering. Reception is backed by a dramatic, oversized floral pattern fabric screen, sandwiched in glass within a black metal frame. The party room sets a dramatic mood while the gym features bold patterns with full height windows where even passersby can view the fully realized design. 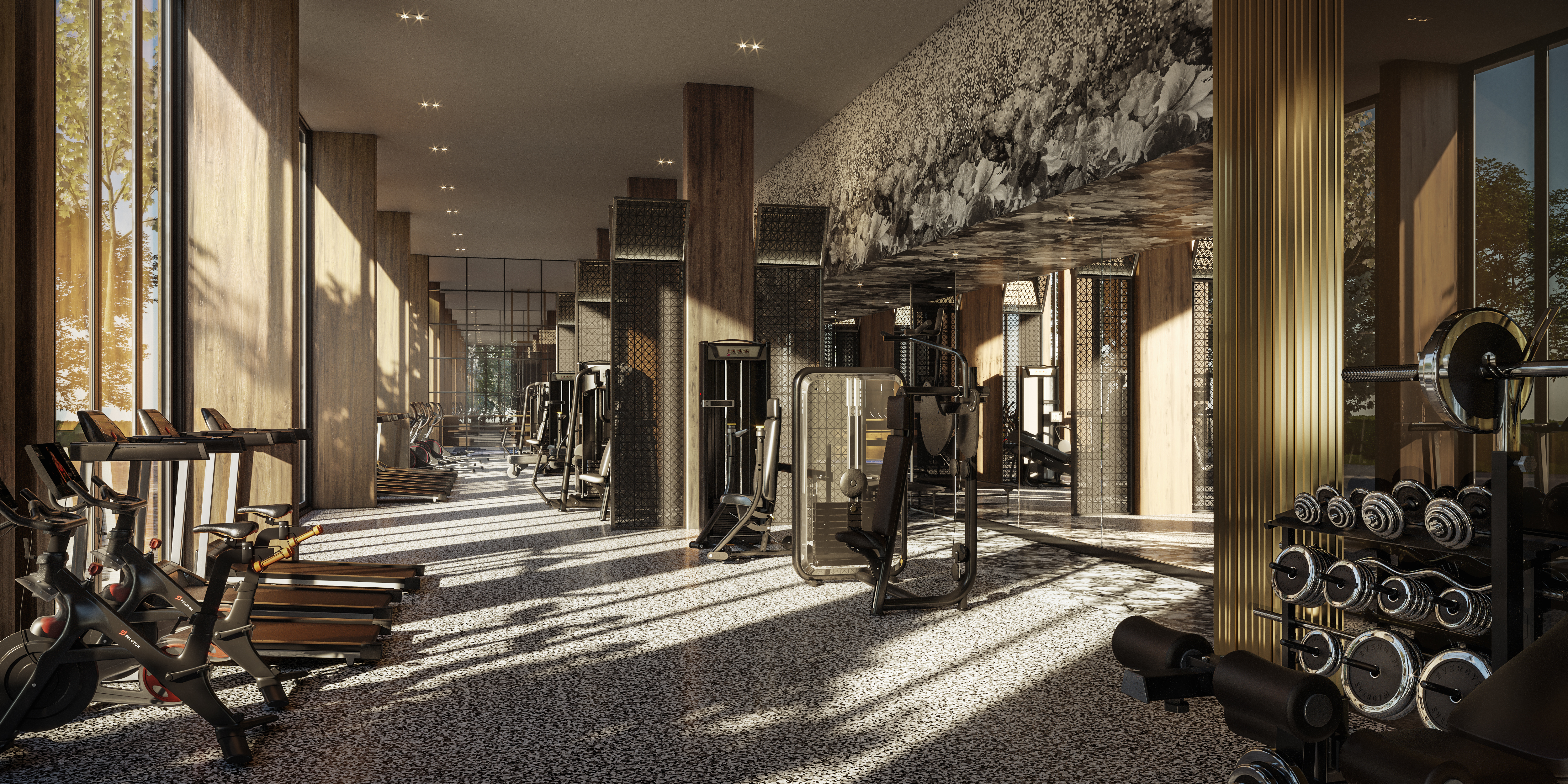