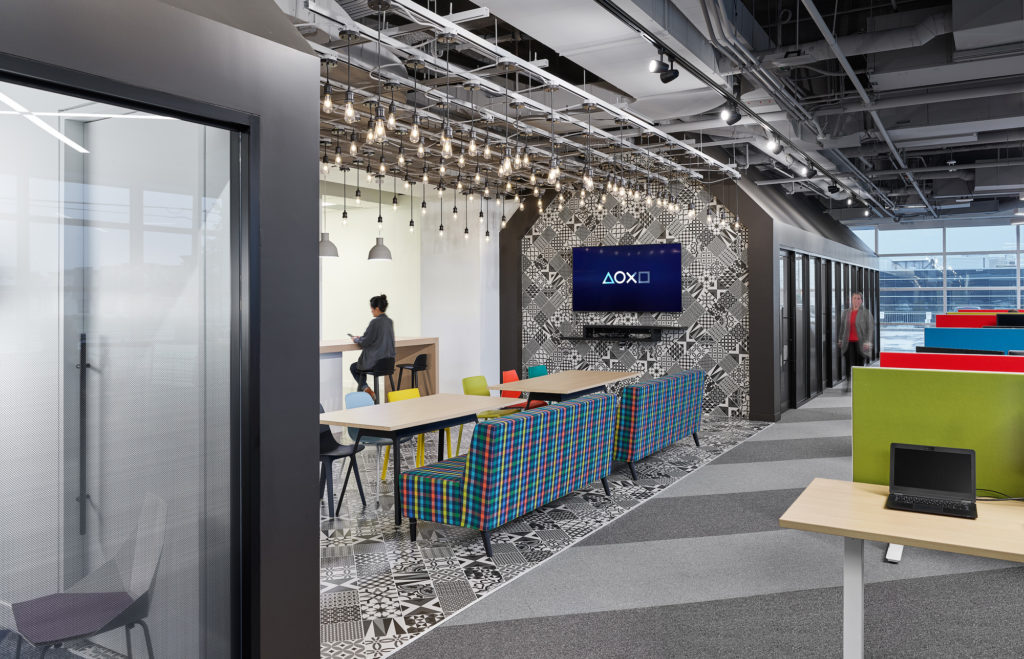 Hanging bulbs create a canopy effect over the colourful kitchen at Sony IE.

For their brand new street level office for their Playstation Group, Sony Interactive Entertainment wanted a unique, playful space where their staff of approximately 40 would feel at home testing and innovating new gaming and VR product. Typically having to follow strict Sony international head office guidelines, a more innovative use of the space was granted for this office.

From the front door entrance, one can see down the entire length of the office. To make the entrance engaging, a curved wall was created to allow for recognizable visuals for guests. Playstation’s iconic graphics, which are seen throughout the office, are featured here, as well as bold diagonal lines on the floor that break up the momentum of the long space.

Passing by private offices, phone rooms, and a living room (furnished like one, with an Xbox to play), the office opens into a larger space with work stations along the perimeter to maximize access to daylight. Work station panels of Playstation blue, red, green, and yellow add variety and energy. Cross-shaped pendant lights (also Playstation icons) are hung from the 20-foot open ceiling.

With a small footprint of only 6,000 square feet, the office is narrow and 150 feet long, facing the street along one side, with 15-20 foot high exposed structure ceilings. An A-framed house shape concept was concentrated on one side of the space in a very linear way, in order to maximize the contrast between the open ceiling and enclosed built areas. This building within a building houses the office’s meeting and game rooms, and its shape is made up of a square and triangle, prominent elements in Playstation’s branding.

A colourful family-style kitchen also takes in light from the street and features mixed geometric porcelain tiles and graphic patterned upholstery. Dozens of exposed Edison lamps produce a dynamic canopy effect, which echoes the playful, whimsical spirit of the design. 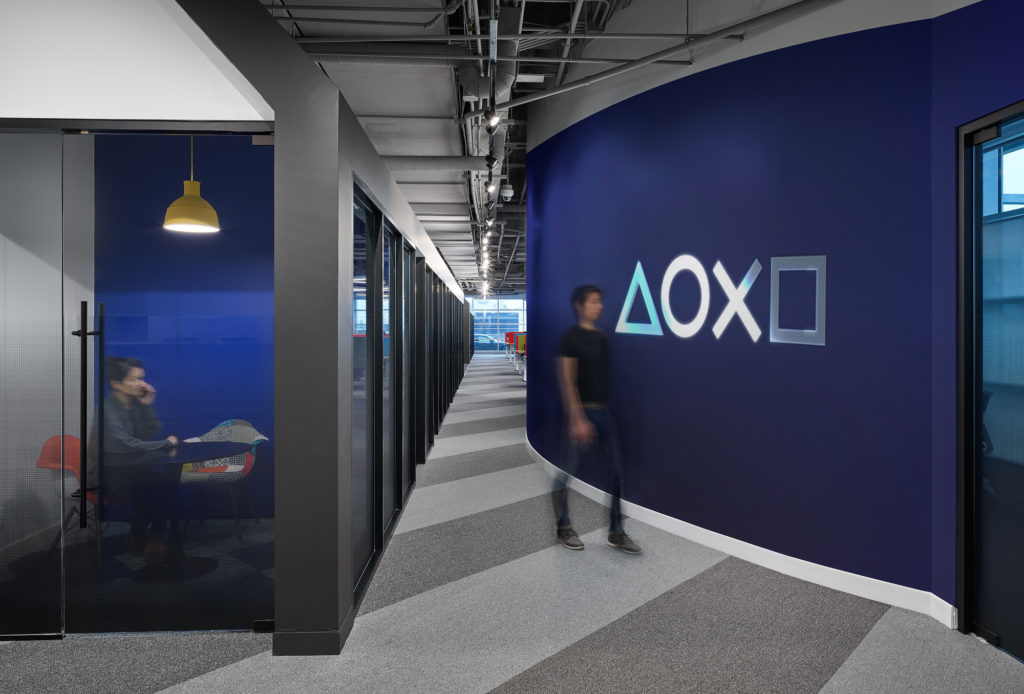 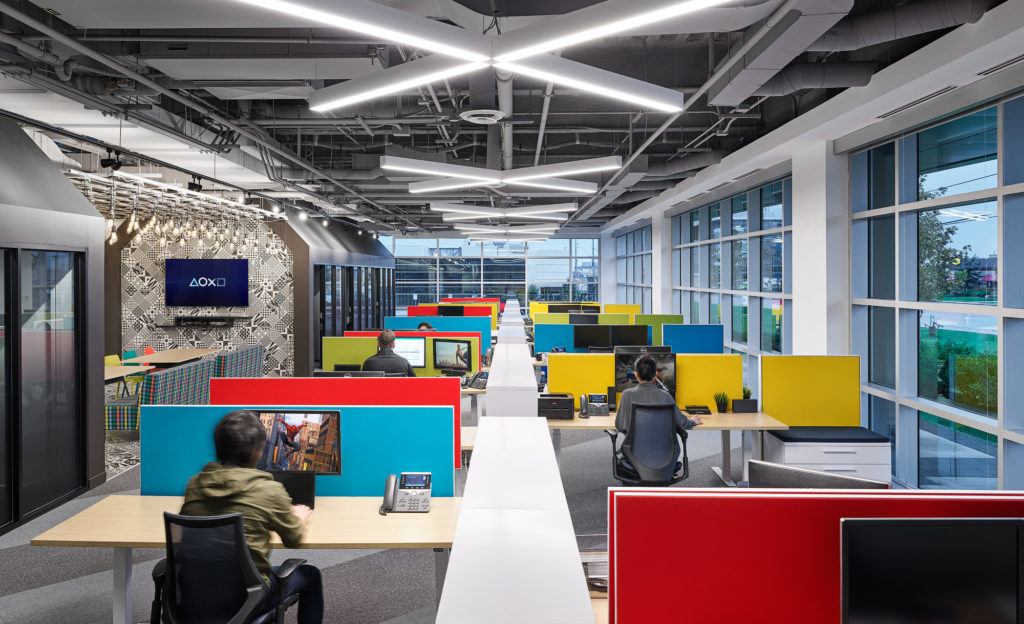 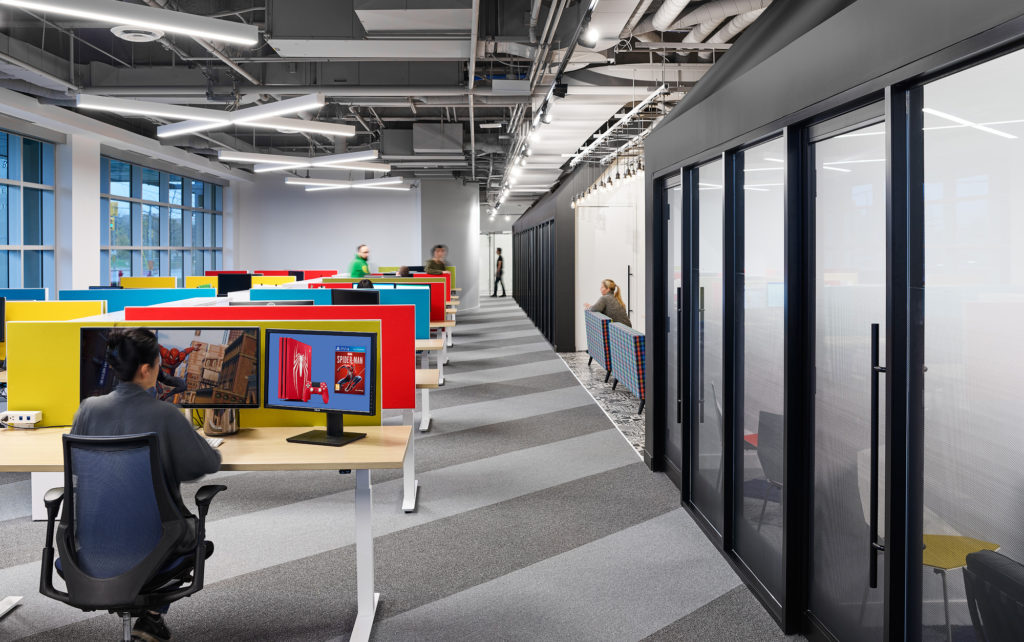 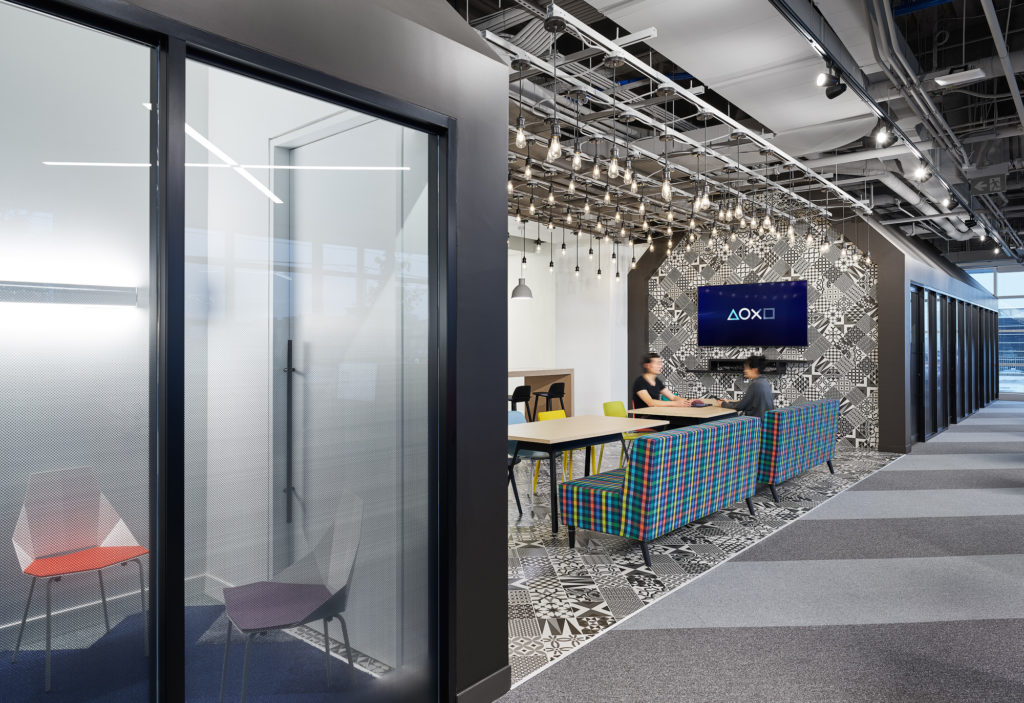 An A-frame house structure was created to house the private meeting rooms and game rooms. 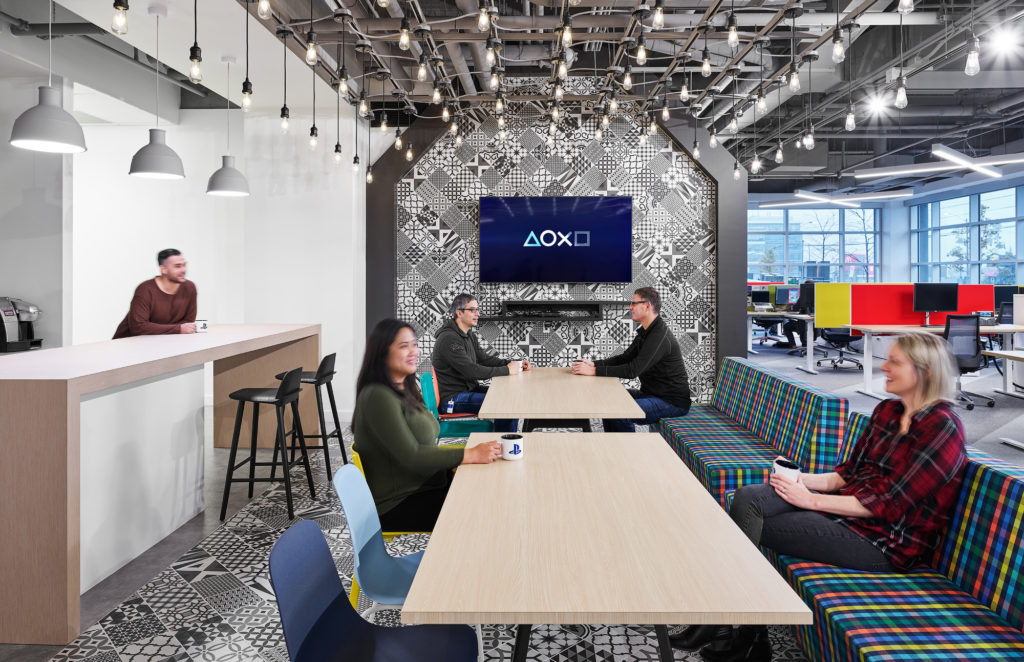 Bold colours and patterns lend a fun, playful atmosphere to the kitchen.